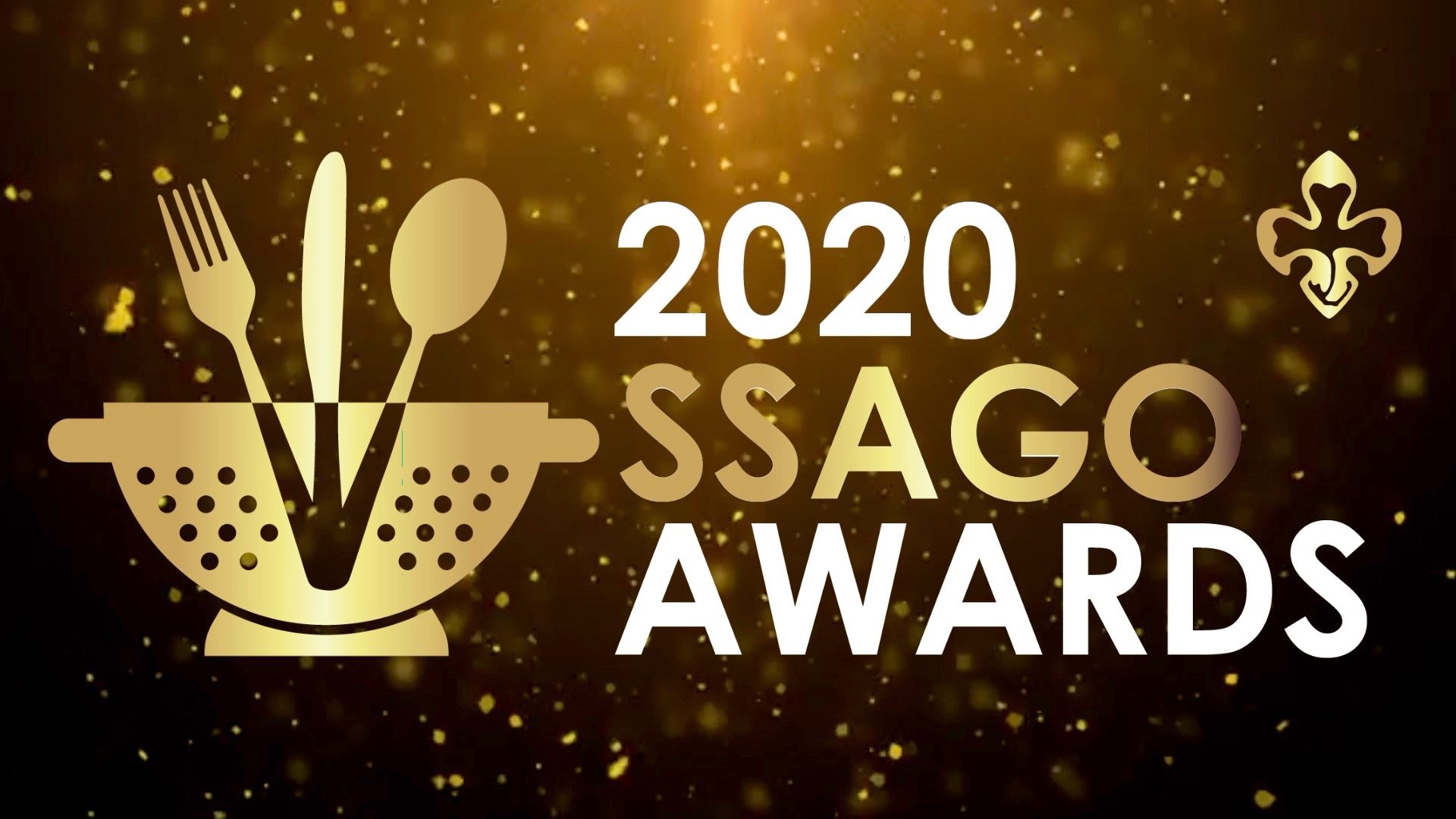 SSAGO celebrated the achievements of its members in this challenging year with the 2020 SSAGO Awards. Elizabeth Marsden won the Cutlery Cup and the 19/20 BUSAG Committee won the new Committee Colander.

Despite Steel Ball being postponed to 2021 the National SSAGO Executive Committee still wanted to acknowledge the hard work of SSAGO members in 2020 in formal style and hence the SSAGO Awards was born!

The 20 minute video went live at 8pm on Friday night (an entire hour late!) and featured all the glitz and glamour of other top award shows. Each Exec member recognised a different area within SSAGO and the night ended with the climatic awarding of the Cutlery Cup and all new Committee Colander awards. Treasurer Maddy thanked the past years Events and Exec for everything they have done for SSAGO, Membership Officer Amy congratulated the clubs and individuals who have received recognition from their SUs this year and Brittany recognised all the great work done by people to keep SSAGO entertained in the virtual world during lockdown.

But of course the highlight of the night was the Committee Colander and Cutlery Cup which were awarded by Reuben and Adele respectively. There can only be one winner for each award but the Exec wanted to give special recognition to the Birmingham Chocolate Rally Committee, 19/20 Liverpool SSAGO Committee and Katey Anderson for all that they have achieved this year.

Elizabeth Marsden from Southampton won the Cutlery Cup for her outstanding long term commitment to SSAGO and Guiding and the 19/20 BUSAG Committee won the new Committee Colander for their excellent work throughout their busy year. Congratulations to all and a summary of the winners and nominees can be found below.

Their year started off with their BUSAG 90th Anniversary camp, which looked like a great event to celebrate the long successful history of the club. Shortly afterwards they provided lots of help and support to the Chocolate Rally Committee, which they did on top of their normal commitments to running a SSAGO club. However their standard of weekly meetings remained high, with a full calendar of events which resulted in excellent fresher recruitment. They’ve done great work to promote volunteering in local groups, and have also promoted a healthy mind and lifestyle with their Weekly BUSAG run. The run was something that carried on into virtual SSAGO when lockdown began, but they’ve also provided lots of other virtual events to their members over the past 6 months. Overall they’ve all shown great dedication to SSAGO and should be proud of the excellent year they've had.

All our National Events are great, but Chocolate Rally was really one to remember! One of the biggest Autumn Rallies in a long time was a chocolate themed extravaganza! The Exec felt that the committee really took the execution of a national event to the next level, and have set a standard for future rallies to come.

They’ve had a great year which started off with them running the Fab Four Freshers Camp for the northern clubs, but what we were really impressed with was their Liverpool University Science Jamboree, a large scale event where Rainbows, Beavers, Cubs and Brownies attended the university for a day of learning all about science and earning badges at the same time. Congratulations for doing such a great job at reaching out to the wider Scouts and Guide community in Liverpool.

Keele SSAGO Committee: For the great activities they've run this year and for organising the trip to Luxembourg which was unfortunately cancelled.

Survival Rally: For their hard work in planning the Rally that never was.

SUGS Committee: For their lockdown activities.

SAGGY Committee: For working hard to grow the society.

Elizabeth has been a member of SSAGO since joining the university of Southampton in 2011, meaning she has been contributing to SSAGO for 9 years! Her time in SSAGO started by being recruited as a fresher to help with Southampton's Magic Rally. She then followed this by helping to run Dino Rally in 2016 and she wasn’t done with rallies then either, having volunteered to be the Secretary of the upcoming Build a Rally! Not only has she helped run 3 rallies, she has also volunteered on Southampton's committee for 4 years, having roles as quartermaster, guide liaison twice and chairing the committee in 2016.

During her time in these roles, she helped support the planning of oth Southampton's international trip and dino rally by giving up her time to attend meetings with both working groups.

Elizabeth has not only gone above and beyond for SSAGO, but she has also had a great impact on Guiding in general. While in Southampton, Elizabeth has been a Guide leader for several different units, from Rainbows to Senior Section.

Since joining in 2016, Katey has achieved an incredible amount in SSAGO. From being BUSAGs camp secretary, organising their trip to Dublin to being both chair of BUSAG and chocolate rally at the same time! Although she graduates this year, she isn’t quite done with SSAGO yet, having volunteered to co-chair SSAGOs 2022 Reunion event, whilst continuing to provide support to WomBall’s event committee.

Not only does Katey have an outstanding commitment to SSAGO, but she also dedicates a lot of her time to Guiding. Having spent 10 years as a volunteer, both at home, at university and on placement. During lockdown Katey has run virtual weekly meetings, organised a virtual county camp in 8 weeks, helped other leaders overcome technical issues and provided social media promotion for events.

Rishi-nayan Varodaria: For services as Scout Liason at Southampton and to Scouting.

Owen Jones: For services to UoBGaS and as an Explorer District Commissioner.

Adele Upton: For services to Roman Rally and as SSAGO Chair.

Brittany Long: For services to Guiding, Roman Rally and as SSAGO Secretary.

Alice Lake: For services to Lancaster SSAGO and Scouting.

Joshua Smith: For his extensive service to SSAGO nationally.

Jack Woodruff: For services to SAGGY and their relationship with Scouting and Guiding.

You can watch the full ceremony here.